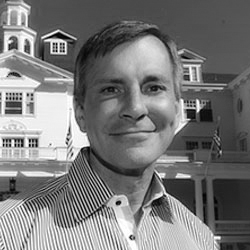 Mr. Cullen has been active in the lodging industry for 28 years acting primarily in the roles of owner/operator of boutique independent hotels around the world.  Currently Mr. Cullen is President & CEO of Grand Heritage Management LLC, the company he founded in 1989 and Owner of Grand Holdings, LLC, the owner of several hotels in USA, Mexico and UK.

The Stanley Hotel in Estes Park, Colorado has been and always will be Cullen’s favorite hotel and passion.  Between 2008 and 2017, Cullen has bought out all other ownership and invested almost $31 million in The Stanley.  Major projects include Aspire Hotel (opened 3Q2016), Pavilion (opens 4Q2017), Aspire Spa (opens 3Q2018) and Overlook/Stanley Residences (launch in 1Q2018).

Grand Heritage was selected in 2014 over ten other USA hotel groups to be the owner/ operator as well as the managing partner of the Peaks Resort development in Chesterfield, U.K., approximately two hours north of London.   The project is 300 acres of prime property just outside the Peak National Park with extremely rare and valuable 1.5Million sqft. of planning permission.  It is Cullen’s intent to develop the project as a “Stanley 2.0” with 18 core buildings and tenants along with a 150-room Aspire Hotel, a 350-unit Sheffield student accommodations/hostel, 270 cottages and a waterpark.

Future projects include the Stanley FilmCenter using a $12m grant from the State of Colorado, 72-unit workforce accommodations, 100-unit student/internship building and a wellness center joint-venture with a major healthcare provider. 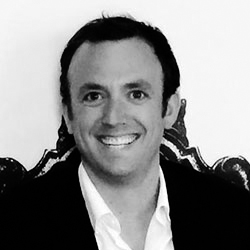 Reed Rowley is a fourth generation Colorado native and CU Boulder graduate with a diverse background in business and political leadership.  In his current role as Senior Vice President of Business Development for Grand Heritage Hotel Group, Reed leads the concert and entertainment division for the company known as Stanley Live.  Reed has also been instrumental in the acquisition of the company’s 300-arce resort and university education campus in England, which will open in 2019.  Reed led efforts to acquire an $11.6M award from the State of CO to build the world’s first horror film center at the Stanley Hotel in Estes Park.  Prior to Grand Heritage, Reed served as the Deputy Director of Programs and Partnerships at Gov. Hickenlooper’s Office of Economic Development and was Director of the Recovery Act Office for Gov. Ritter. 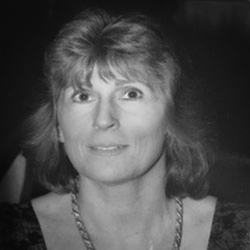 As Corporate Controller of Grand Heritage Management for the last 23 years, Joy currently handles the accounting for all non hotel related entities, but previously had handled the centralized accounting for the 4 limited service hotel properties and oversaw the accounting for 2 full service hotel properties.  Prior to Grand Heritage, Joy was Controller for Grand American Fare, a restaurant company based in Santa Monica, CA.  Joy holds a Bachelor of Science in Business Administration from George Mason University, and held a Virginia Certified Public Accountant certificate. 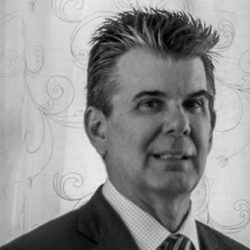 As Managing Director of Grand Heritage, Stephen  has been with the company almost 16 years. Stephen overseas the Global Operations of all of their properties. He is the former President of City Hotels, based in Brussels Belgium and Bethesda, Maryland with about 30 properties in five different countries. Stephen has been in the hotel business for over 40 years.