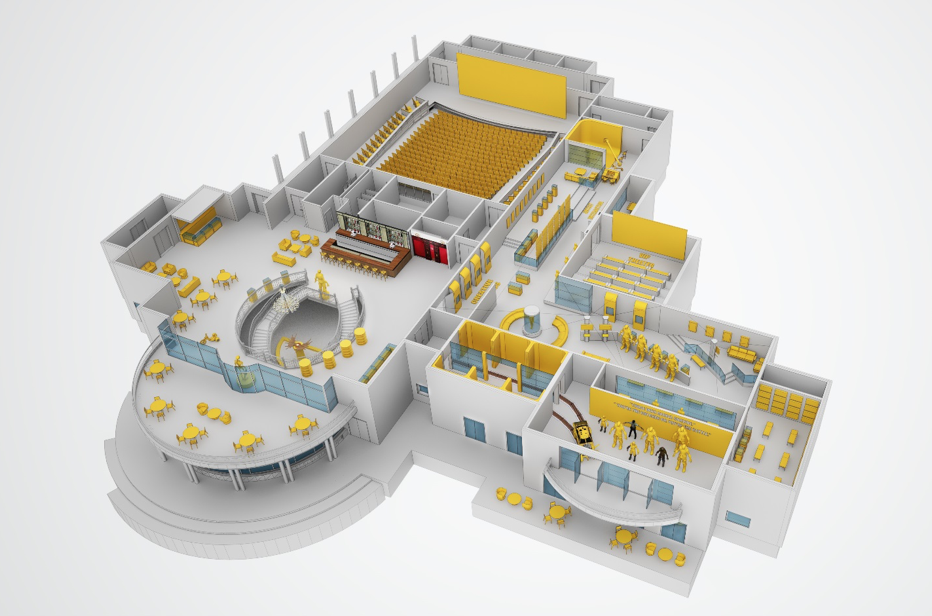 Set at the footstep of Rocky Mountain National Park, on the grounds of one of America’s most notorious and iconic hotels, the Stanley Film Center will be the permanent home for film, fun and the horror genre.

The Stanley Film Center will cater to a wide audience including thousands of genre lm fans, industry leaders, aspiring artists and students from around the world. The Stanley film center will also cater to a broad demographic offering family-friendly activities and exhibits through the afternoon and late night blood and gore for older and more mature audiences that runs late into the night.

The Film Center will be a venue for not only watching and celebrating film, it will also be a creative space for making film, art and literature. Games and activities will be offered through constantly evolving exhibits that incorporate not only the many unique venues and spaces in the film center, but also the Stanley Hotel and its iconic 47 acre campus.